At times, running can get very tiresome and intense. However, there are simple mental games that can make health and fitness much more fun. On top of that, these games will encourage one to run more than they usually would. Check out these awesomely fun running games.

1. One Checkpoint at a Time 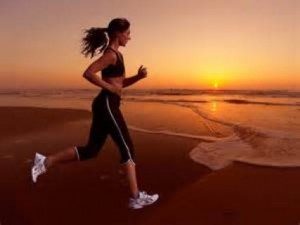 Whether it’s running or some other challenge in life, really big things can become quite overwhelming. However, breaking the one big task into smaller tasks makes the ultimate goal significantly less intimidating. Next time, try this out during a walk, jog or run. Simply break up the length of the run, or walk, into smaller sections, or checkpoints. For instance, one who plans to walk five miles can break the entire walk into five checkpoints, each being a mile long. Alternatively, one could use landmarks as checkpoints. However, try not to break up the walk into too many checkpoints, as doing so can be a little overwhelming as well.

2. It Could Be Worse

During a long walk or run, one may began to become overwhelmed by how much farther they have to go. On one token, thinking about how much worse it can be may make the walk or run seem a little bit easier. Or, rather than comparing distance, think about how much hotter it could be outside. Even if it’s 100 degrees out, be thankful that it’s not 120 degrees. The walk could have been a steep incline, but it’s a gentle decline instead. The ultimate idea behind this game is to make light of the situation. 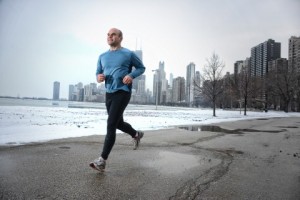 This is a great game to play during those times that one pushes themselves beyond the limit. When in the heat of the moment, think about giant past accomplishments, specially exercise related. Perhaps one climbed a mountain thousands of feet in height in a matter of a couple hours. Such a hike could make almost any run seem like a walk in the park. In other words, try to think of an accomplishment that’s bigger than the current one being worked on at the moment. Playing this fun mind game will greatly boost confidence in completing the task. Not only will it boost confidence, but the task itself will seem that much easier as well.

Although this game doesn’t really boost confidence or make the task seem easier, it does distract the person’s mind from being tired. Before starting the run or walk, make a mental list of things to look out for. Doing this will make the run not seem as tiresome. One’s mind will constantly be distracted by things to look out for. Keep in mind that this game is definitely not for anyone. In fact, some may even find the game to be rather irritating, due to its sheer simplicity. If this happens to be the case, stay far away from this game, as it may actually prove to be counterproductive.