Basketball is a fun sport that can include the whole family. There are many different types of basketball games to play for fun. Listed below are just a few. 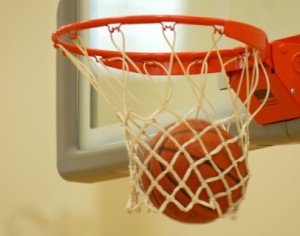 The first player continues making the initial shot until he/she misses. Then it is the next players turn to choose the shot. Each player continues to receive a letter from the word H.O.R.S.E until it is spelled out completely, then the game is over.

This can be played with 2 or more players and at least 2 basketballs. The idea is to “knock out” your opponent’s basketball.

If the first player makes the basket before the second player, they pass the ball to the next player in line who then tries to knock out the second player’s ball. This process continues until there is only one player left who becomes the winner.

For more detailed instructions and tips on how to play Knock Out, check out this page.

Around the world is a classic basketball game. There are predetermined and marked spots on the basketball court. Each player starts at the first spot and shoots the ball. If a basket is made, they move on to the next mark. 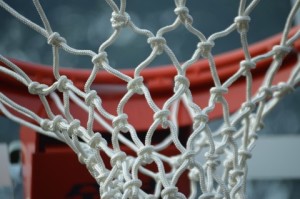 The player continues to move forward making baskets on the pre-marked spots until they miss. Then, it’s the next players turn. This process continues until someone makes a basket at every spot.

A different version of Around the World is Firing Squad. However, instead of taking turns, all the players shoot at the same time until one player has made a basket from each prearranged spot on the court.

21 is a friendly game of 1 on 1 basketball. The first person to reach 21 points is the winner. Player 1 tries to make a basket while player 2 tries to block it.

If player 1 makes a basket, they receive a point. Each time the ball changes hands, they must start from a designated spot which is usually behind the 3-point line.

Watch the video below on YouTube to better understand how to play 21.